The accountant who was fined £120,000 for professional misconduct after being duped by privatisation spivs over the privatisation of London's fire engines. He now lives in rural Oxfordshire and is a fine wine buff.

He has been fined £120,000 and barred for three years from his professional body for " professional misconduct " by the Financial Reporting Council in April for his part in allowing a now bust private firm to fiddle its income from London Fire Brigade.

But before this happened Robert Napper, a partner with Grant Thornton, one of the big accountancy names, had already quietly retired with his pension to live in the rural Oxfordshire countryside and become a pillar of the local community.

Grant Thornton will have to pay a £2.3m fine for their part in allowing Assetco to fiddle the books after the company took over responsibility for maintaining London's 700 fire engines in a privatisation deal which went badly wrong.

The scheme had been pushed by the now disgraced former Tory chair of the London fire brigade, Brian Coleman, to save money and curb the power of the Fire Brigades Union. Coleman was wined and dined by the director John Shannon and given a Christmas hamper from Harvey Nicks for his trouble.

The union all along protested about the way the company was run - but even they did not know it was fiddling and inflating the books with false invoices for claims that were never made ( see my earlier blog).

To be fair neither Robert Napper nor Grant Thornton made any money out of it - indeed the auditors ended up as creditors with unpaid bills. But they did allow enormous latitude to the directors of Assetco, John Shannon and Frank Flynn, to fiddle the books and rip off the company, the shareholders and ultimately the taxpayer.

So who is Robert Napper who got duped? He lives in East Hagbourne in South Oxfordshire near Didcot. It is a village of 1882 people with a mixture of modern properties (where he lives) and many chocolate box cottages. It has a community shop and post office which Robert Napper is one of the directors. 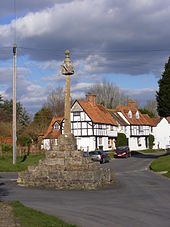 He was a senior accountant with 23 years experience who as a partner - one of the top paid jobs at Grant Thornton - and should have known better. The report by the FRC distinguishes between his role and junior staff who were inexperienced in handling Assetco's accounts.

It also turns out that he is a serious wine buff - his Twitter account includes many pictures of fine wines- and the best food to accompany it. Among these are his Christmas 2015 selection ( see below). 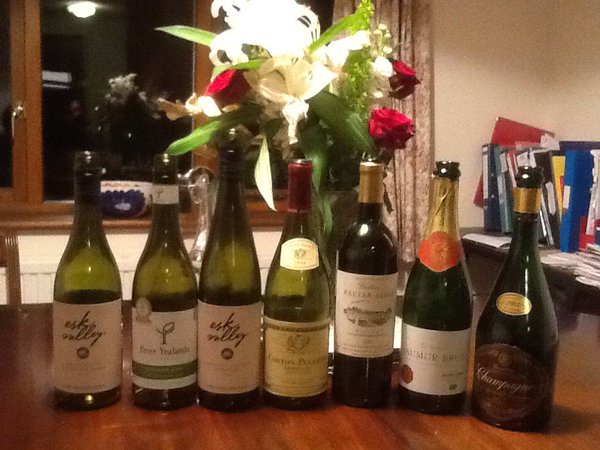 He will have to pay the fine in instalments. I contacted him to ask him if he had anything to say about the scandal or whether he knew the whereabouts of the people who had duped them.

He said he could not comment because of legal reasons though he did say he was not appealing the findings against him.

As for John Shannon and Frank Flynn they appear to have fled the country - he thought one of them could be in Thailand. Anyone who knows where they are could they contact me and I would be very grateful.

#London fire brigade, #Assetco, #Grant Thornton, #Robert Napper, #privatisation, #Brian Coleman
Byline journalists depend upon reader contributions. If you like the article you just read, please make a pledge to the writer, so that they can keep on doing their valuable work. If you have any questions about any of our journalists, or about Byline - the world's leading crowdfunded journalism site by traffic - please contact us at [email protected]

Gag, cover up and secret privatisation: What is the real story behind the NHS clinical correspondence scandal

The Cairncross Review: it was a con

Manchester United, the Sun and that complaint to the press 'regulator' IPSO

Piers Morgan and phone hacking: what even he can’t deny

Pledge £50.00 or more
All above rewards, as well as coffee or lunch in a London venue.

Pledge £20.00 or more
Access to supporters café, as well as my personal email address where you can correspond and ask me more detailed questions

Pledge £10.00 or more
Access to supporters café, where you can ask me questions personally about how everything fits together.

Pledge £5.00 or more
Access to supporters café, where you can ask me questions personally about how everything fits together.

Pledge £2.00 or more
Personal thank you for your support.